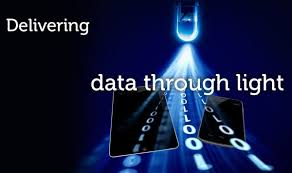 Li-Fi (also written as LiFi) is a wireless communication technology that utilizes light to transmit data and position between devices. The term was first introduced by Harald Haas during a 2011 TEDGlobal talk in Edinburgh.

LiFi allows for data to be transmitted by modulating the intensity of light, which is then received by a photo-sensitive detector. The light signal is then demodulated into electronic form. This modulation is performed in such a way that it is not perceptible to the human eye.

In technical terms, Li-Fi is a light communication system that is capable of transmitting data at high speeds over the visible light, ultraviolet, and infrared spectrums. In its present state, only LED lamps can be used for the transmission of data in visible light.

In terms of its end use, the technology is similar to Wi-Fi — the key technical difference is that Wi-Fi uses radio frequency to induce a voltage in an antenna to transmit data, whereas Li-Fi uses the modulation of light intensity to transmit data. Li-Fi can theoretically transmit at speeds of up to 100 Gbit/s. Li-Fi's ability to safely function in areas otherwise susceptible to electromagnetic interference (e.g. aircraft cabins, hospitals, military) is an advantage. The technology is being developed by several organizations across the globe. 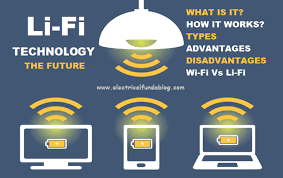 LiFi technology will in future enable faster, more reliable internet connections, even when the demand for data usage has outgrown the available supply from existing technologies such as 4G, LTE and Wi-Fi. It will not replace these technologies, but will work seamlessly alongside them.

Using light to deliver wireless internet will also allow connectivity in environments that do not currently readily support Wi-Fi, such as aircraft cabins, hospitals and hazardous environments.

Light is already used for data transmission in fibre-optic cables and for point-to-point links, but LiFi is a special and novel combination of technologies that allow it to be universally adopted for mobile ultra-high speed internet communications.

A dual use for LED lighting

The wide use of solid state lighting offers an opportunity for efficient dual use lighting and communication systems.

Innovation in LED and photon receiver technology has ensured the availability of suitable light transmitters and detectors, while advances in the modulation of communication signals for these types of components has been advanced through signal processing techniques, such as multiple-input-multiple-output (MIMO), to become as sophisticated as those used in mobile telecommunications.

LiFi technology is being developed into a ubiquitous systems technology, consisting of application specific combinations of light transmitters, light receivers including solar cells, efficient computational algorithms and networking capabilities that can be deployed in a wide range of communication scenarios and in a variety of device platforms.

Any private or public lighting including street lamps can be used to provide LiFi hotspots, and the same communications infrastructure can be used to monitor and control lighting and data.

LiFi allows the repurposing of light for communications as it uses the same infrastructure. LED lights are already widely efficient, and LiFi gives them another purpose, connectivity.

Separate software will needed to be developed and deployed in order to accomplish this benefit.

Radio frequency technology such as Wi-Fi is vulnerable to interference from a wide range of devices such as cordless phones, microwaves and neighbouring Wi-Fi networks. LiFi signals can be defined by the area of illumination, which means interference is much simpler to avoid and even stop altogether. This also means LiFi can be used in RF hostile zones such as hospitals, power plants and aeroplanes.

Data density offers a great user experience as it reduces the need to share the wireless bandwidth with other users. LiFi can achieve approximately 1000 times the data density of Wi-Fi offering more data per square metre. This is an important factor for wireless efficiency.

Data density offers a great user experience as it reduces the need to share the wireless bandwidth with other users. LiFi can achieve approximately 1000 times the data density of Wi-Fi offering more data per square metre. This is an important factor for wireless efficiency.

The Internet of Things (IoT) and the Industrial Internet of Things (IIoT) is evolving towards the next generation of Tactile IoT/IIoT, which will bring together hyperconnectivity, edge computing, Distributed Ledger Technologies (DLTs) and Artificial Intelligence (AI). Future IoT applications will apply AI methods, such as machine learning (ML) and neural networks (NNs), to optimize the processing of information, as well as to integrate robotic devices, drones, autonomous vehicles, augmented and virtual reality (AR/VR), and digital assistants. These applications will engender new products, services and experiences that will offer many benefits to businesses, consumers and industries. A more human-centered perspective will allow us to maximize the effects of the next generation of IoT/IIoT technologies and applications as we move towards the integration of intelligent objects with social capabilities that need to address the interactions between autonomous systems and humans in a seaml
Read more 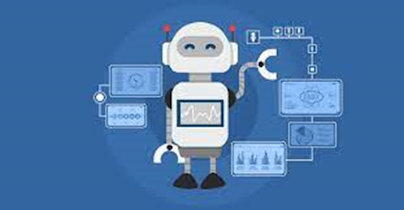